History of the PNP profession and words of encouragement from Dr. Loretta Ford, a pioneer in pediatric nursing

Dr. Loretta Ford's Letter to the Future of Nursing 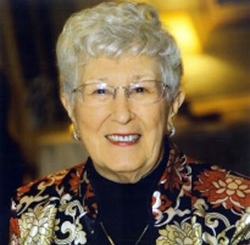 Nursing is a dynamic, evolving field. One big change in the 1960s was developing advanced education to create a new role: nurse practitioner, or NP for short. The first NP program was pediatrics! It was co-founded in 1965 by a nurse — Dr. Loretta Ford — along with pediatrician Dr. Henry Silver at the University of Colorado.

Dr. Ford was inducted into the National Women's Hall of Fame in 2011. If you plan to provide nursing care for children, you'll hear more about her during your career. Learn about her journey and how she helped make the NP role possible in this letter to you, nursing's future.

When I was your age, and even younger, my life's dream was to be a teacher. Fortunately, family finances encouraged me to seek an affordable substitute. Too young to enter a nursing school, I became a nurse's aide, learned the rudiments of care giving in the hospital, lived with nursing students, read all their books, and had a conversion to nursing as a career. I loved taking care of people, hearing their stories, feeling with compassion their pain and problems, being invited into their world as they struggled to survive.

As I entered nursing school, I soon learned that the professional nursing curriculum included many aspects of teaching and learning, not only for myself, but for me as a teacher of patients and families. Through this circuitous route I became a teacher through my position as a Public Health Nurse (PHN). In that role, I was a teacher not only of patients, and their families, but also a teacher of the community and nursing students who came to our agency for their rotational studies.

Nurses have a huge role to play in preparing themselves to serve the nation through their contributions to the health and welfare of our children. Our future depends on them.

As I progressed professionally, with the challenges of my mentors, who were usually university teachers, I realized that advancing my education was necessary to become a more accomplished practitioner of nursing, continuing qualifying for advanced positions, particularly as a university teacher of nursing. Finally, I became a university professor, teaching, practicing, researching and leading a group of colleagues to study ways we could improve nursing practice to better the health of one of our most valuable, national human resources...our children.

I began to examine my practice as a PHN and the needs of children we were serving in homes, schools, well baby clinics, and other clinics, and realized that we, as nurses, could do more to preserve, promote, protect the health and wellness of children, and prevent disease, disability and injury, IF we had advanced preparation in their physical, psychological and social growth in their homes, schools, and the community...so the Pediatric Nurse Practitioner model of Advanced Practice in Nursing was born. This model soon gravitated to all other health care institutions, hospitals with inpatient and neonatal and specialty units, as well as university health services, and all other services.

Nurses who provide care to children have become increasingly important, influential and impactual to the policy makers and politicians who have begun to realize that the future of the nation is dependent upon the education, health and welfare of our children. They are our best national renewable resource for the continuance of our civilization, security, economy, welfare, wealth and happiness. Nurses have a huge role to play in preparing themselves to serve the nation through their contributions to the health and welfare of our children.

Our future depends on them.

What can you expect next from the IPN? Learn about our current and future goals.

Learn about the IPN's beginnings and who's been involved.

Our offices are open Monday to
Friday from 8:30 am to 5:00 pm
ET except for holidays.